The Story of the Selfie

The selfie phenomenon started going viral worldwide years ago with no end in sight. Hardly anyone can resist whipping out their Smartphone when the occasion arises, consciously setting the scene to take a self-photograph before sharing it in real-time via social networks. 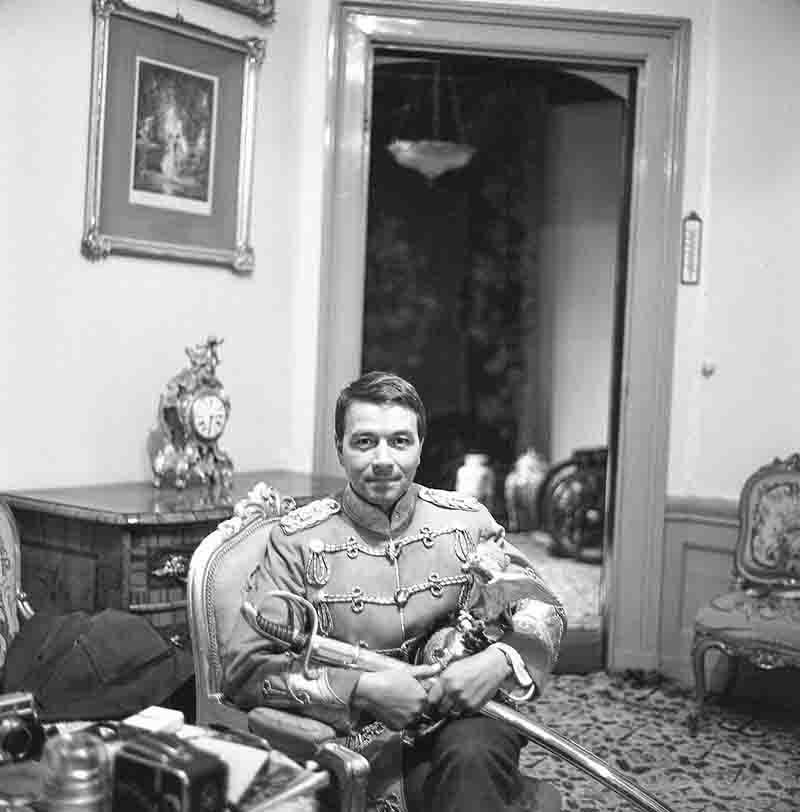 Selfportrait in the emperor's uniform

In 1960 Photo Journalist Peter Bock-Schroeder (1913-2001) produced an extensive documentary about the exile of the last German Emperor in Doorn, Holland and took the occasion to portray himself in Kaiser Wilhelm's Uniform.

The story of the global adoption of the selfie 📷

Public figures, celebrities, politicians and Hollywood stars have long since discovered and embraced this particular format.

With their pictures, they provide fans and followers with seemingly authentic insights into their privacy.

Where do selfies have their origin?

Are they a completely original phenomenon, or perhaps even a new discipline of fine art photography?

To better understand the magnitude of the selfie hype and comprehend the appeal of self-portraits, this article outlines and illustrates motivations for creating self-portraits.

The first recorded use of the term selfie dates back the year 2002.

On ABC Science online's Australian Internet forum, a user named Hopey published a post with a self-portrait to illustrate an injury on his face.

The post states: „Sorry about the focus, it was a selfie“.

This phrase goes viral on Myspace and subsequently all the other social networks.

In 2012, Time Magazine ranked the term selfie among the top 10 buzzwords of the year as it had become a common acronym to describe a self-portrait.

In November 2013, selfie defeated the two words twerk and bitcoin and was named the prestigious "Word of the Year" by the Oxford English Dictionary.

It is defined as: "A photo taken of oneself, typically with a smartphone or webcam, to be uploaded to a social media website”.

According to this definition, two things are therefore crucial for a selfie: the photograph has been taken by the person depicted at arm's length or with the help of a selfie stick or in front of a mirror, and its primary use is as a communicative method.

In other words, it is created with the intention of being shared on social media platforms.

From the outset, selfies attracted criticism for their potential risks, and their association with vanity and narcissism.

Many see selfies as an act of self-focus and a craving for attention.

The American Academy of Facial Plastic and Reconstructive Surgery reports that one in three surgeons polled claimed that requests for surgical procedures have increased as people want to look their best on social media.

The popularity of selfies is also explained by the fact that most people do not like to be photographed, but everyone wants to have a presentable picture of themselves to share with their friends and colleagues.

The desire to record one's life and share who we are and, more importantly, who we want to be, is universal in the digital age.

Self-identity is a fundamental quest for mankind, which throughout history has manifested itself in social, political and cultural spheres of expression.

The first Self-representation in the form of handprints on the wall are found in early cave paintings.

Self-image or self-portrait Indicators of personal expression can be found in the ancient art of Egypt, China and Mesopotamia, as well as in Greek, Roman, Late antiquity and early Christian art.

In the medieval worldview, the mere mortal is insignificant and not represented. The depiction of the individual is deemed to be meaningless, extravagant and peculiar.

With the end of the Gothic period around 1400, the ecclesiastically influenced Christian symbolism declined and made way for an intellectual attitude oriented towards the natural sciences, the new world view.

First self-portraits in the visual arts, independent of religious or monarchical ties, emerge.

They understand their own self-portrait as a mark of distinction and become part of the social elite.

The use of anatomy, lighting, perspective and colouring is perfectly mastered by these artists.

Albrecht Dürer is generally considered to be one of the first painters to produce autonomous self-portraits.

As a result, the self-portrait emerges as an autonomous art genre and breaks away from traditional portraiture.

Rembrandt emerged as the most popular painter of the Baroque period and elevated the self-portrait to an almost equal position alongside all the other genres.

In his self-portraits, Vincent van Gogh questions himself not merely out of curiosity, but rather in a self-destructive manner filled with doubt.

In Ren Xiong's self-portrait, he presents himself head-on, gazing outwards with a penetrating, almost confrontational glance.

With the advent of photography beginning in the mid-19th century, self-portraiture underwent a radical transformation.

From the outset, the camera is an instrument of curiosity. It is obvious that the novice photographers want to explore not only their environment but also themselves.

Photographers aiming to cultivate a distinctive style must therefore merge with their subjects.

To practice this, self-portraiture is the perfect discipline.

In 1839, Robert Cornelius removes the lens of his camera obscura and holds his pose for between three and fifteen minutes before reattaching the shutter of the lens.

In the 1860s, the exchange of "cartes de visite”, small photo cards was extremely fashionable.

From 1880 onwards, self-timers appeared which were initially also referred to as delay devices.

Photographers had five to ten seconds to position in the scene.

Some cameras also had long cable triggers that allowed the operator to release the shutter from a distance.

Self-timer shutters allowed five to ten seconds to place the subject in the shot.

The photo booth designed by inventor Ernst Enjalbert dates back to 1880 and continued to attract groups of friends then as it does today.

The introduction of the portable Kodak Brownie Box camera in 1900 led to a boom in the popularity of photography.

The first picture taken in which the photographer holds the camera at arm's length, was taken in December 1920.

Weegee, critically acclaimed for his mug shots in the 1930s, came under fire when he immortalised himself in a crime scene.

In the following years, many photographers captured their own reflection in shop windows and mirrors, staged themselves with the help of ever improved self-timers or by means of photo collages.

German photojournalist Peter Bock-Schroeder completed an extensive reportage in 1960 at the residence of the last emperor, Wilhelm II, and did not miss the opportunity of donning the uniform of the last German emperor for a photo of himself in said outfit.

Polaroid cameras, which first hit the market in 1948, dominated the photon art scene of the '70s and '80s as they could be held at arm's length and inspired people to take more intimate portraits.

The introduction of digital photography initially did not provide a boost to self-photography, as people were too busy to grasp the new technology and, moreover, to implement it.

With the launch of the iPhone 4 on June 7, 2010, the selfie revolution really took off.

This was the first smart phone with a camera on the back and a front-facing camera for FaceTime and capturing selfies.

Cell phone cameras that automatically focused at close range eliminated the need for technical knowledge and encouraged spontaneous photography, regardless of location or circumstance.

The crucial difference between these and previous photo techniques proved to be the capability to not only take pictures in an instant, but also to distribute them just as swiftly, either to individuals or to a large community on the web.

We relish the freedom to experiment with multiple identities, and the selfie enables us to do just that.

Self-portraits as photographic representations and the selfie boom as a means of sharing news, opinions, and feelings at any given moment have become a universal form of communication in which reality is blurred for a fleeting moment.