The origins of photography

How photography was born

The forerunner of the modern camera, the camera obscura, was originally a room, then later a transportable apparatus with a small opening on a side wall. Light reflected back from objects in nature entered the box through a lens inserted in the opening and produced an image on the opposite wall.

The dream of the recorded image

To discuss the starting point of photography and how photography was born, it is necessary to step far back into the evolution of humankind.

Photography consists of various components that make it possible to shoot and, more importantly, capture images.

Throughout history, a primal desire of mankind has been to freeze their image and the world around them.

The fundamentals of lenses and the camera had already been discovered by science before the invention of photography.

It was possible to project an image on the wall or on a sheet of paper, but at that point no reproduction was possible: capturing images was much more complex than projecting them.

The camera obscura (Latin for "dark chamber") is an instrument for forming images that predates the invention of photography by several centuries. The Greek philosopher Aristotle describes the camera obscura as early as 4th century BC.

This first photographic camera is an image-generating instrument that predates the invention of photography by several centuries. It consisted of small darkened rooms into which light entered through a single tiny window.

The result was that a mirror image of the outside world was projected onto the mostly white opposite wall.

For centuries, this technology was used to view solar eclipses without injuring people' eyes. Starting in the 16th century, the camera obscura was also used to aid in painting and drawing.

The motif was positioned outdoors, and the image was reflected on a piece of drawing paper, which the artist could then trace.

Portable versions were developed, and later smaller and even models for pocket use. The interior of the case was painted black, with the image reflected through a slanted mirror, allowing it to be viewed from above.

The search for a means of capturing and reproducing images

Works of art have always been imitated. Artefacts created by humans could always be re-created by others.

Replicas were produced by students in pursuit of their craft, by masters to disseminate their works, and finally by third parties in pursuit of profit.

The idea of mechanically reproducing a work of art, however, posed something entirely new.

The first plant-based paper-like writing sheet of paper was papyrus in Egypt (4th century B.C.), but the earliest genuine paper, the world' first truly paper-making process, was documented in China during the Eastern Han period (25-220 A.D.) and is attributed to the court servant Cai Lun.

The Dawn Of Print

Johannes Gutenberg, the German inventor, is credited with the first printing press with movable type circa 1440 in Mainz.

Without wishing to belittle his achievements, he was not the first.

The oldest printing process in the world originated in Asia. It is part of Chinese self-mythology that the country gave the world a multitude of inventions that changed history and are often referred to as the four great inventions: Gunpowder, Compass, Paper and Printing.

China began printing about 2,000 years ago, laying the foundation for reproducible writing as well as photography.

The earliest works of art are known to be created in connection with a ritual, first in magical, then in religious form.

Significantly, the existence of a work of art in terms of its aura has never been completely separated from its ritual function.

This ritual basis is still found today in mundane forms of worship of the beautiful as the basis for the original use value of a work of art.

The secular cult of beauty that developed during the Renaissance and prevailed for three centuries clearly shows this ritual anchoring.

With the different methods of technical reproduction of a work of art, its fitness for exhibition increased to such an extent that the quantitative shift between its two poles turned into a qualitative transformation of its nature.

This is comparable to the situation of the work of art in prehistoric times when, by the absolute emphasis on its cult value, it was, first and foremost, an instrument of magic.

Giphantie the prediction of photography 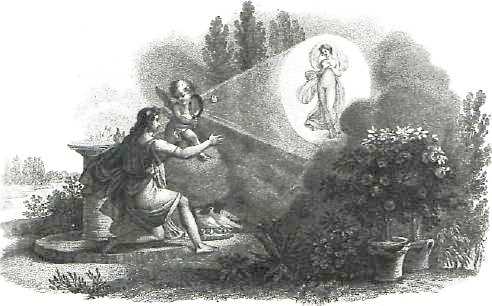 In 1760 the French writer Charles François Tiphaigne de la Roche wrote a novel that today would be considered science fiction. Titled Giphantie, an anagram of his name, it describes his imaginary travels. He was lifted into the air and transported half unconscious, to a beautiful garden in a strange land.

An excerpt from the novel describes: “You know, that rays of light reflected from different bodies form pictures, paint the image reflected on all polished surfaces, for example, on the retina of the eye, on water, and on glass.

The spirits have sought to fix these fleeting images; they have made a subtle matter by means of which a picture is formed in the twinkling of an eye. They coat a piece of canvas with this matter, and place it in front of the object to be taken.

The Visual Independence historical image collection consists of a cross-section of the world's finest photographic art.