The Summer Olympics in Munich stand for far more than just sport. They shaped a new image of Germany as a democratic and modern country and marked Munich's transformation into a major international city. The joyful games, which united sport, art, culture and people, are as much remembered as the harrowing attacks on the Israeli Olympic team on September 5, '72. 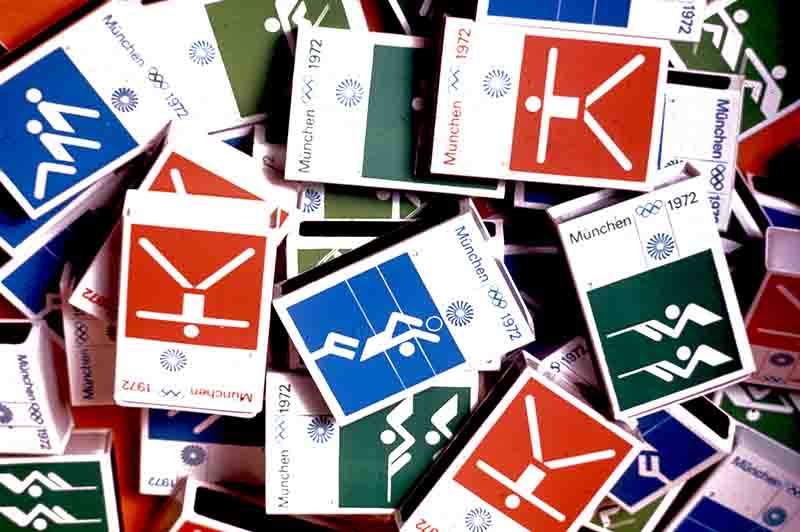 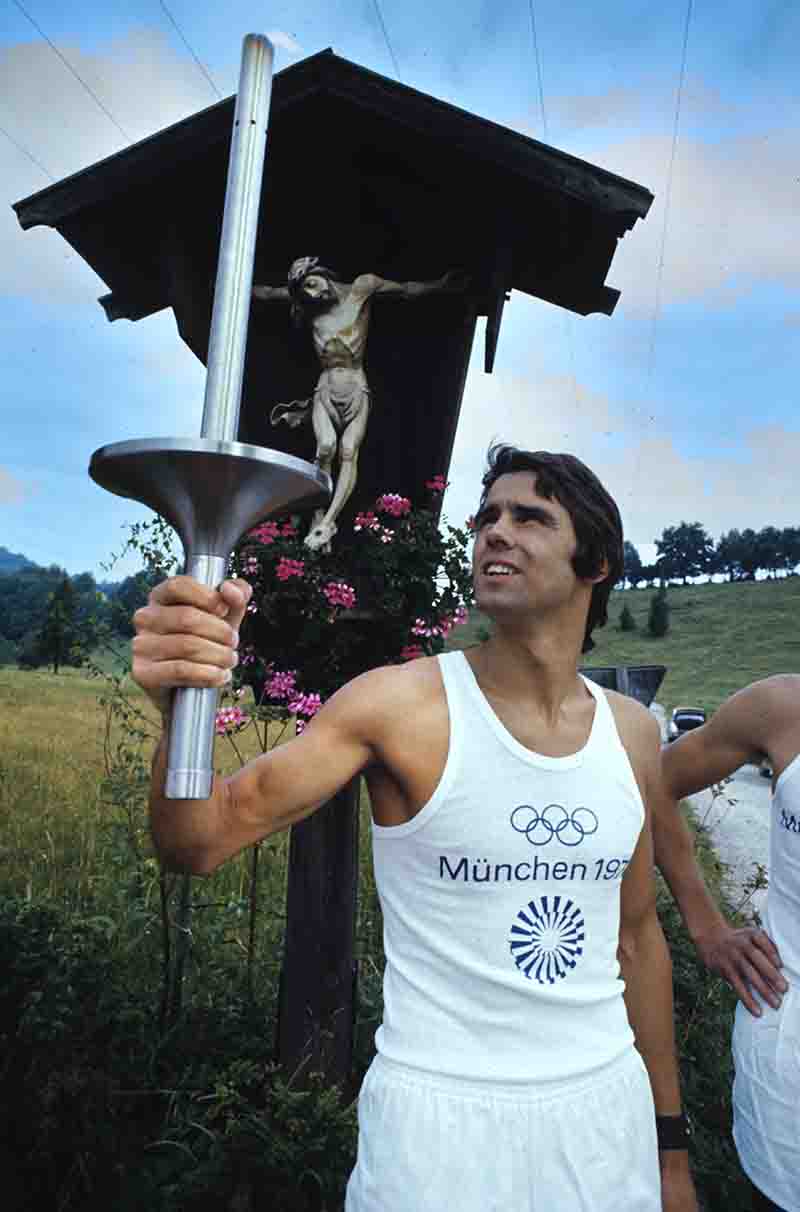 The Olympic flame was lit four weeks before the opening of the Summer Olympics on July 28, 1972 in the presence of Munich's mayor Hans-Jochen Vogel and 6,000 guests.

The route first led to Istanbul, from there to Burgas and Varna in Bulgaria, via Bucharest and Sibiu in Romania to Belgrade, and from there to Budapest, Vienna, Linz and Salzburg.

At the border town of Freilassing, the flame reached Germany for the first time on August 23.

1972 Olympics made Munich a global city

The decision in favour of Munich's bid was a politically motivated. Germany, more than 20 years after the end of World War II, wanted to show that it was democratically consolidated and consciously set itself apart from the Nazi Games in Berlin in 1936. 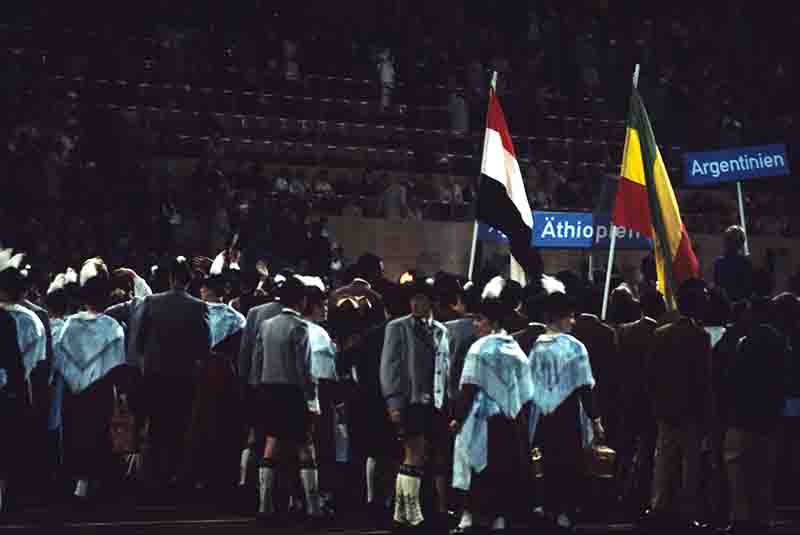 The air is filled with an atmosphere of open-minded, joyful anticipation on a gloriously sunny day in mid-summer. The stadium is packed with more than 80,000 guests from around the world. Approximately 40000 spectators watch from the top of the Schuttberg hill. It is estimated that the number of viewers watching live on their TV sets is close to one billion. 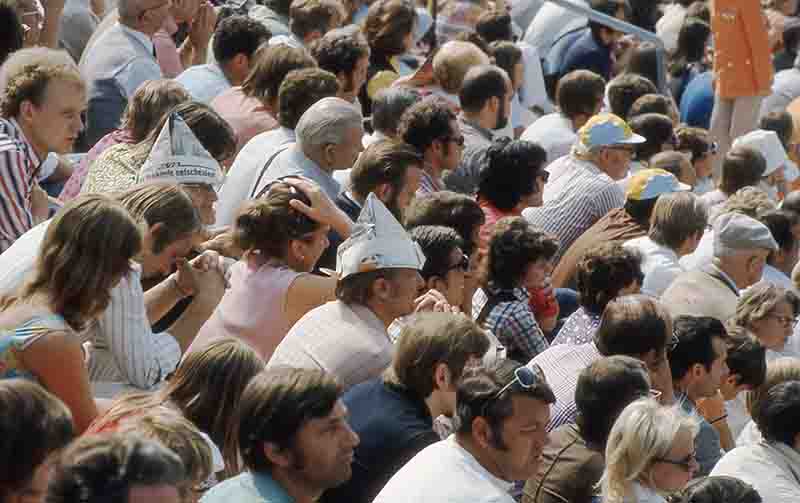 Spectators in the Olympic Stadium 1972

The transmissions of the Summer Olympics are a major event of unprecedented magnitude for television networks. Providing production facilities to the broadcasters from all over the world, the German Olympic Center (DOZ) provides a color television signal from all the major events with the so-called international sound. 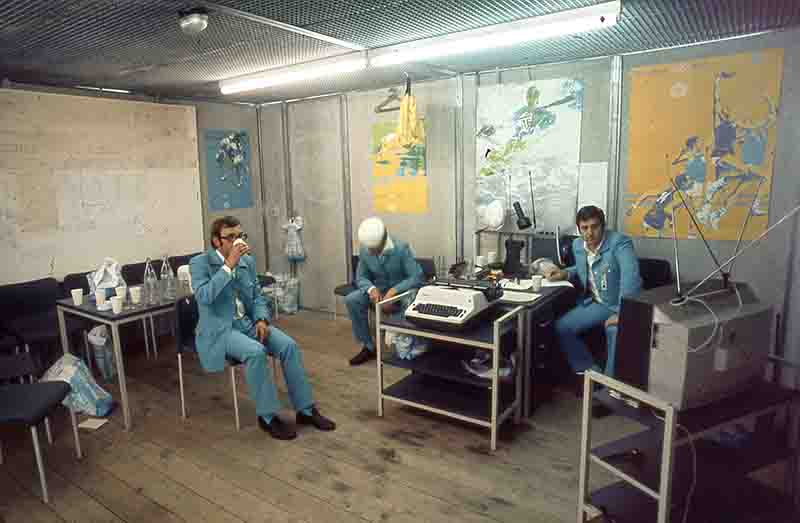 Program coverage includes online original reports from all competition venues as well as summaries with interviews and commentary, news in German, English, French and Spanish, and music programs tailored to the international character of the Games.

With the 1972 Olympic Games, the city of Munich and the Federal Republic of Germany were given the historic task of building bridges between East and West, between old and new nations. Nations that were only emerging from colonial oppression at that time. At the Olympic Games in Munich, more nations from Africa, Asia and other parts of the world were represented than ever before. 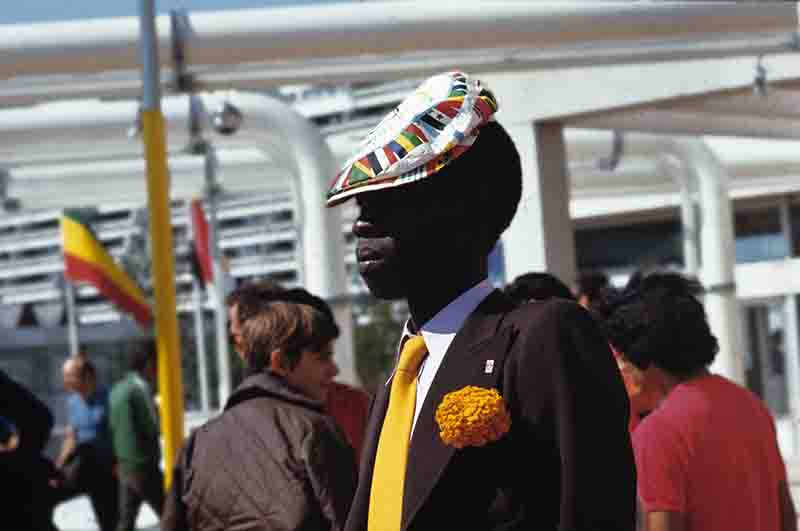 Visitors at the Munich Olympics 1972

The 1972 Games were marked by a multitude of fascinating stories and experiences.

Technical innovations through the Olympic Games

Color television was broadcast around the globe for the first time. Munich developed into a modern metropolis through the use of state-of-the-art technology.

The underground and suburban railroads changed the cityscape. A pedestrian zone, which made the city center free of traffic and accessible to citizens, was introduced at a time before any other major city did so. In 1972, the world was in a state of profound transition. 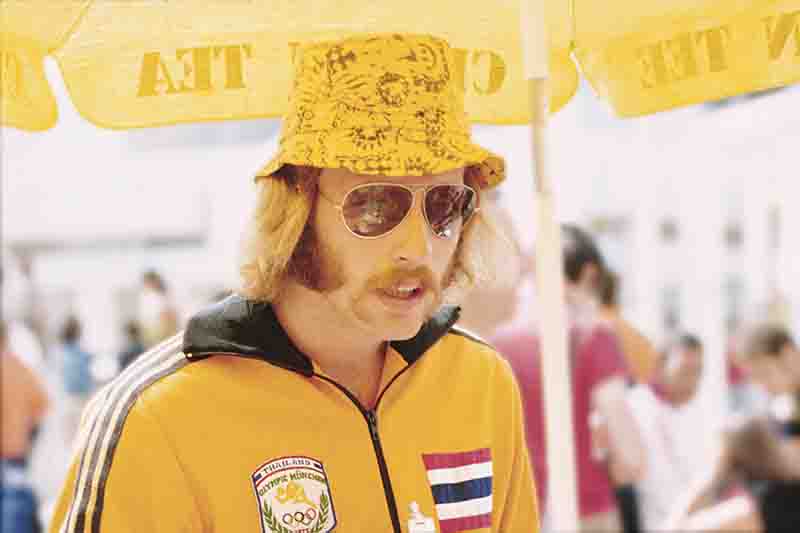 Colours played a key role at the Olympics 1972

The colours that brought the Olympic rings to Munich have remained in the city to this day. On the colourful lines of the subway plans and on the orange seat shells in Munich's Olympic Park.

By setting internationally significant standards, the program for the organisation and realisation of the 1972 Olympic Games demonstrated a convincing commitment for a democratic and liberal society. 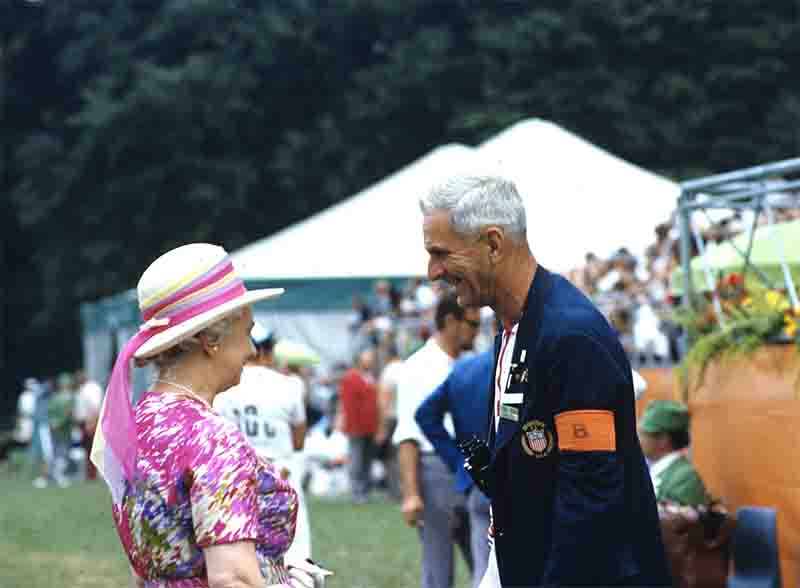 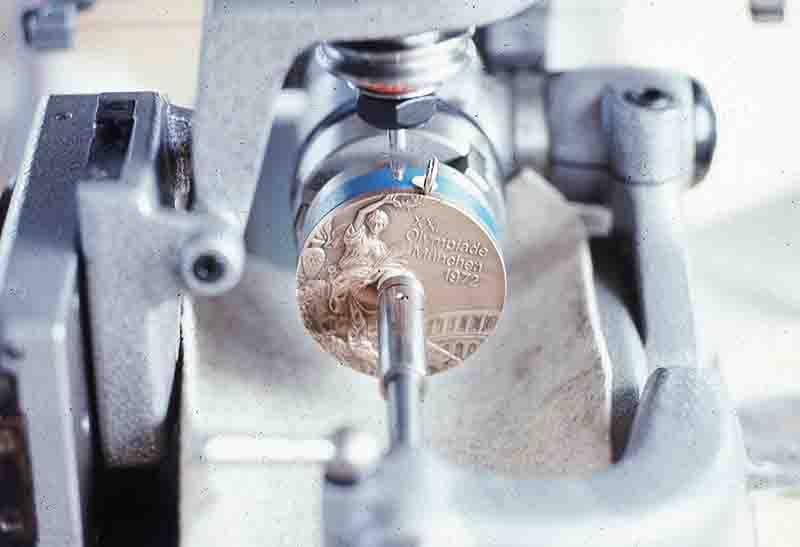 The Munich Olympic Gold Medal being made

Final touches of the gold medal. On the front of the medal, the traditional goddess of victory, a drawing used since the Olympic Games1928 in Amsterdam, accompanied by the specific inscription: "XX. Olympics Munich 1972".

Verso Castor and Pollux, the twin sons of Zeus and Leda, patrons of sport and friendship, represented by two naked youths. The drawing is by Gerhard Marcks, one of the last representatives of the Bauhaus. 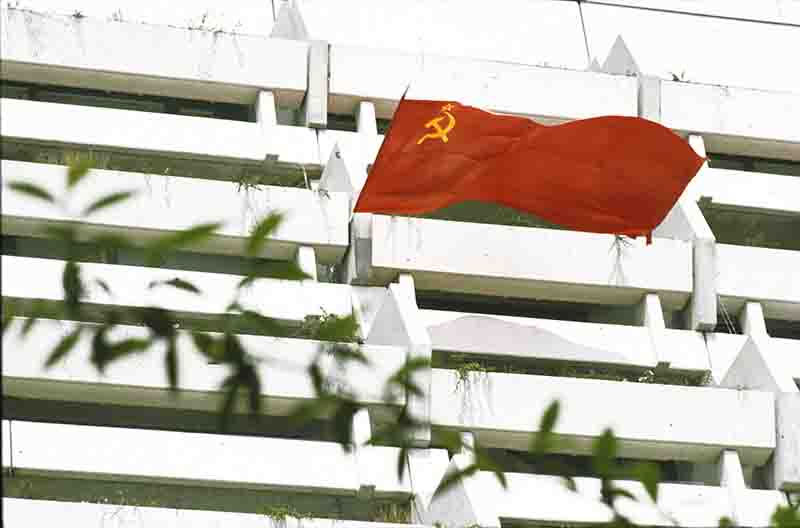 The Soviet flag flies in the Olympic Village

The Olympic Games saw more than two billion Deutschmarks invested in the construction of new sports facilities and the Olympic Village to create optimal conditions for the more than 10,000 athletes from 120 countries. The idea of apolitical games, however, was an illusion.

In the run-up to the opening ceremony, the ethnically mixed team from Rhodesia was excluded from participation due to pressure from 27 African countries that threatened to leave. Sport was instrumentalized politically and also for competition between systems.

For the second time after 1964, the two German states competed with separate teams. In Munich, as before in Mexico, the GDR was successful and took third place in the prestigious nations ranking behind the USA and the Soviet Union. 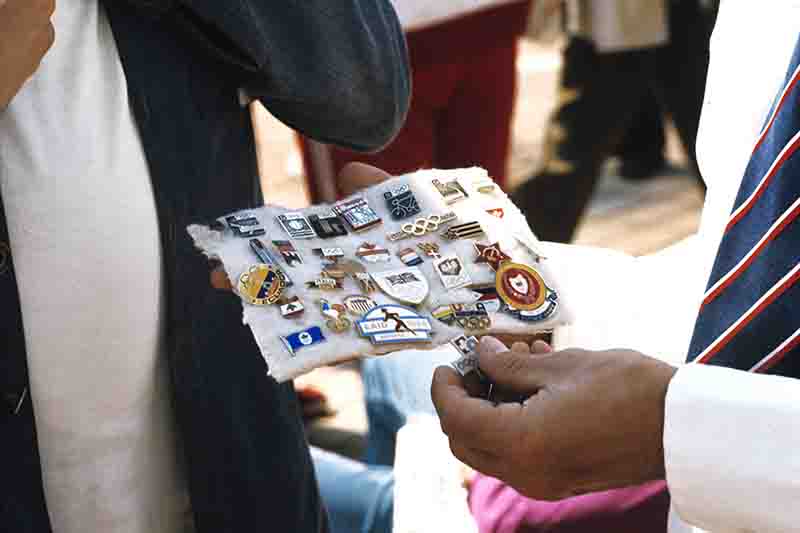 Souvenir collectors at the Munich Olympics

From August 26 to September 11, 1972, Munich was the focus of world attention. More than four million guests from all over the world visited the city. The diverse cultural program and the design concept, which remains unparalleled to this day, were a perfect backdrop to the sporting competitions of the Olympic Games. 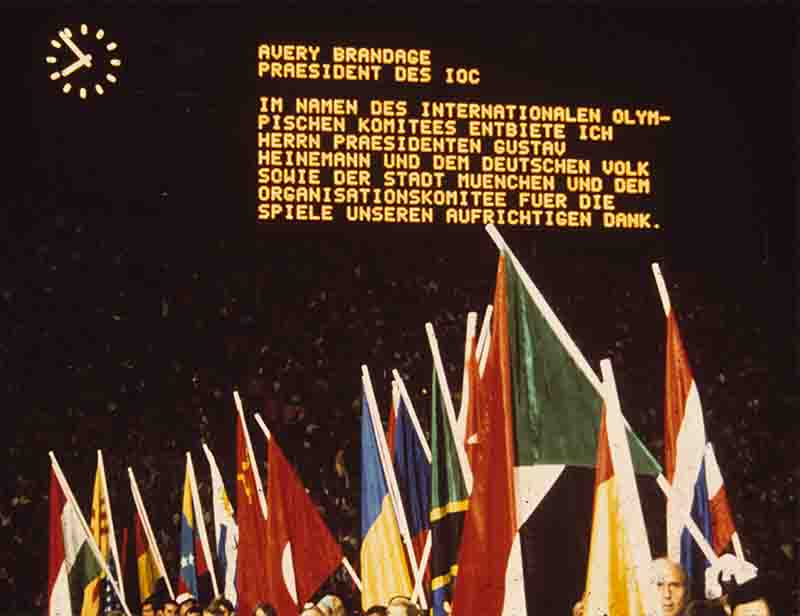 Closing ceremony of the Munich Olympics 1972

50 years after the Summer Olympics in Munich, the 2022 anniversary will be celebrated. Simultaneously, the events will also commemorate the September 5, 1972 hostage crisis. The assassination carried out by Palestinian terrorists still overshadows the previously "cheerful games" today. 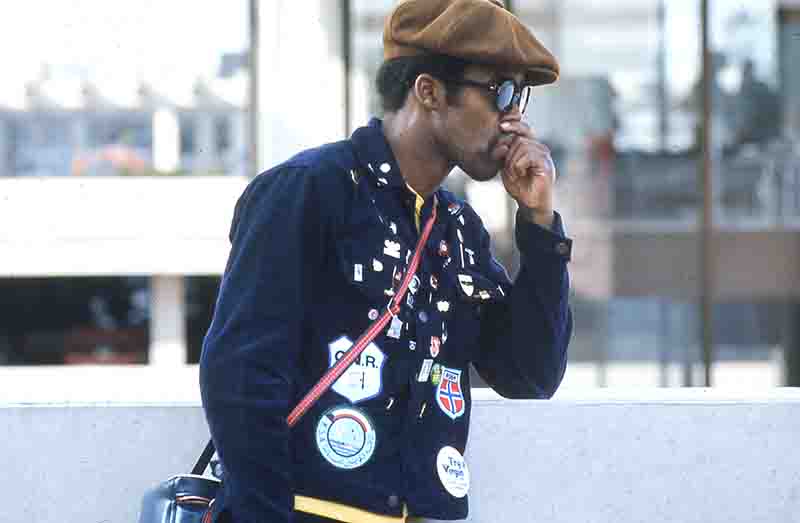 Visitor of the Munich Olympics 1972 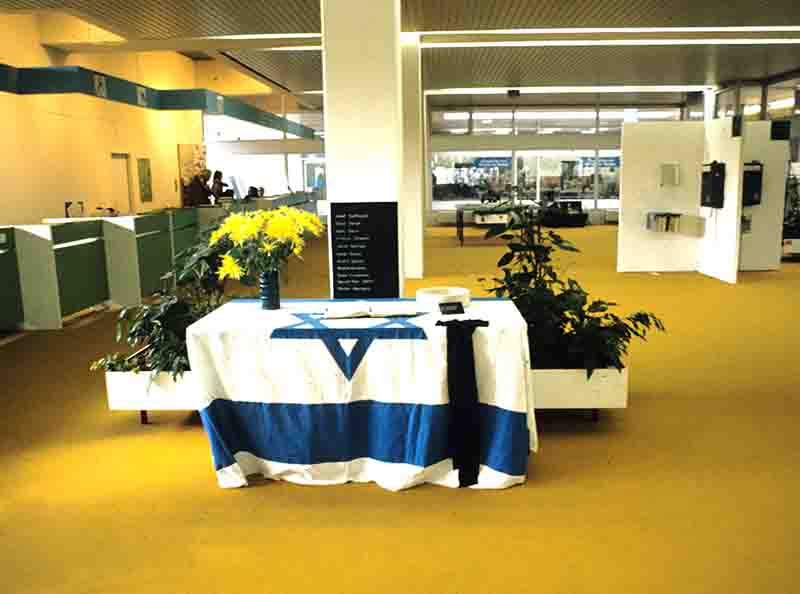 On the morning of September 5, 1972, eight terrorists of the Palestinian terrorist group "Black September" entered the premises of the Olympic Village.