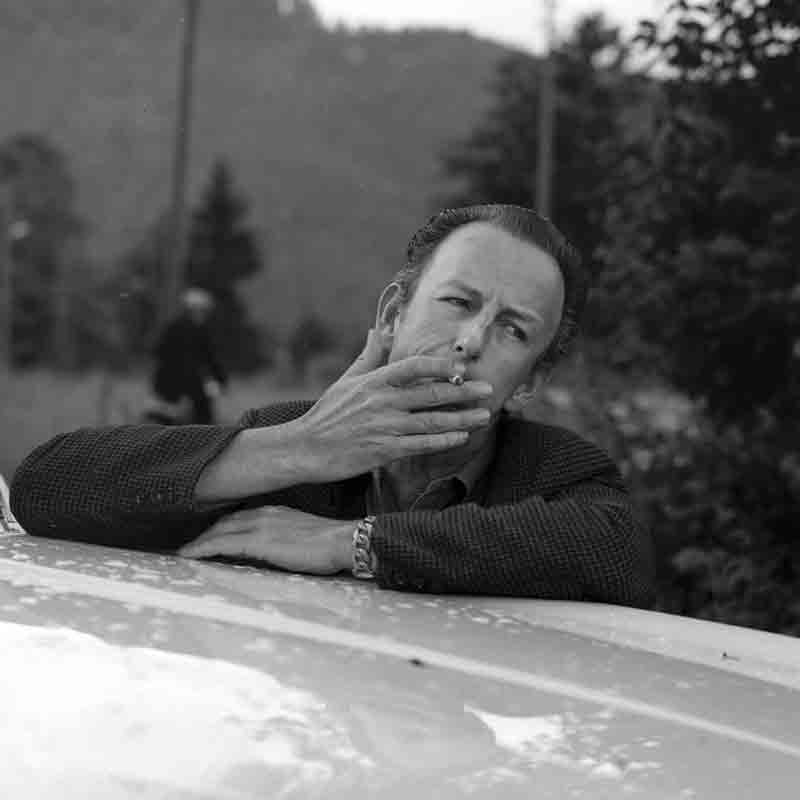 Albrecht Graf von Goertz was born on January 12, 1914, the second son to an aristocratic family in Germany. After attending school, the young Count started an apprenticeship with the Deutsche Bank in Hamburg in 1933. Within one year, he switched jobs and went to the London-based private bank Helbert Wagg &Co. In 1935, Goertz applied to the American embassy at Grosvenor Square for an entry visa to the USA. In the autumn of 1936, he left Europe for New York City. 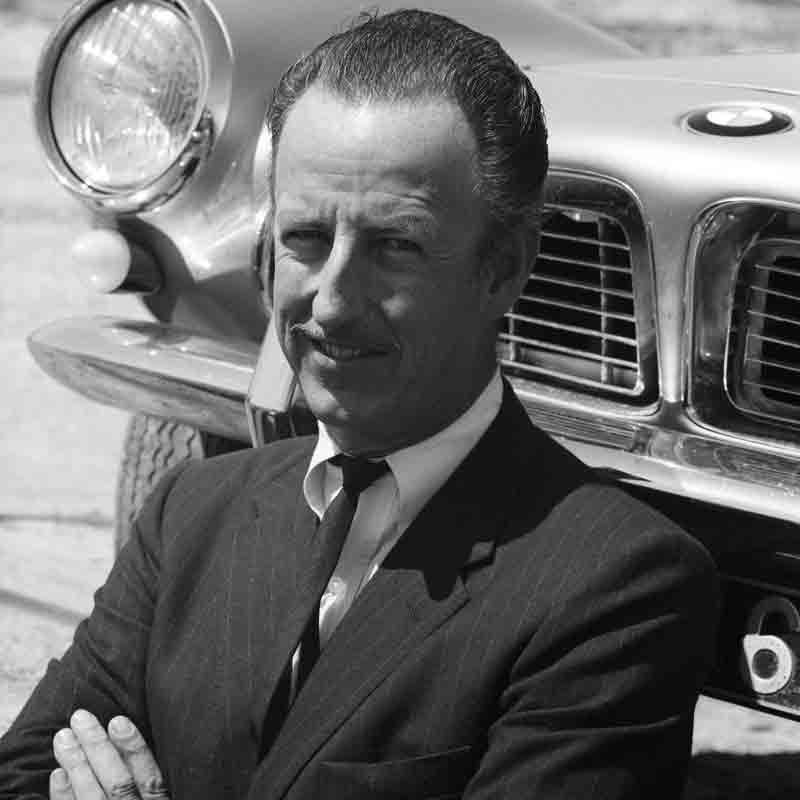 A distant relative in New York helped him when he first arrived, but soon the young Count relocated to Los Angeles. To earn a living, Goertz worked at a car wash, in a factory for aircraft engines, and at a flight service. The car aficionado watched with great interest the emerging Hot Rod era and grasped the opportunity in 1938. Goertz rented a garage and showroom located on Rodeo Drive and began to modify Ford Model A and B models. 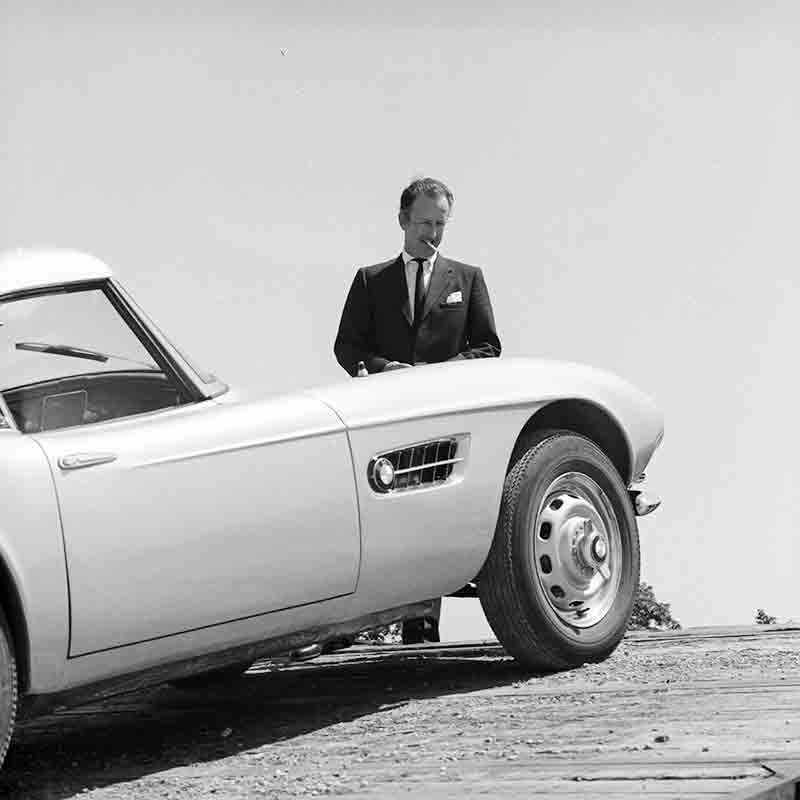 In 1940, Goertz stepped aside from his fascination and served in the army for five years. When he returned to Los Angeles, he took the Paragon out of the garage, made all the necessary travel arrangements and headed for NewYork once again. This would bring about a fateful turn of events that would soon change everything for the young Count. In the parking lot of the world famous Waldorf Astoria hotel, Goertz recalls, in his own words, what had transpired: "There was a strange car in front of me, so I got out of my car to have a look at the other car and the man sitting in it got out to have a look at mine. This man was Raymond Loewy, a renowned designer". Loewy invited Goertz to his office, sent him to a design college and gave him a job in the Studebaker studio in Indiana shortly thereafter. 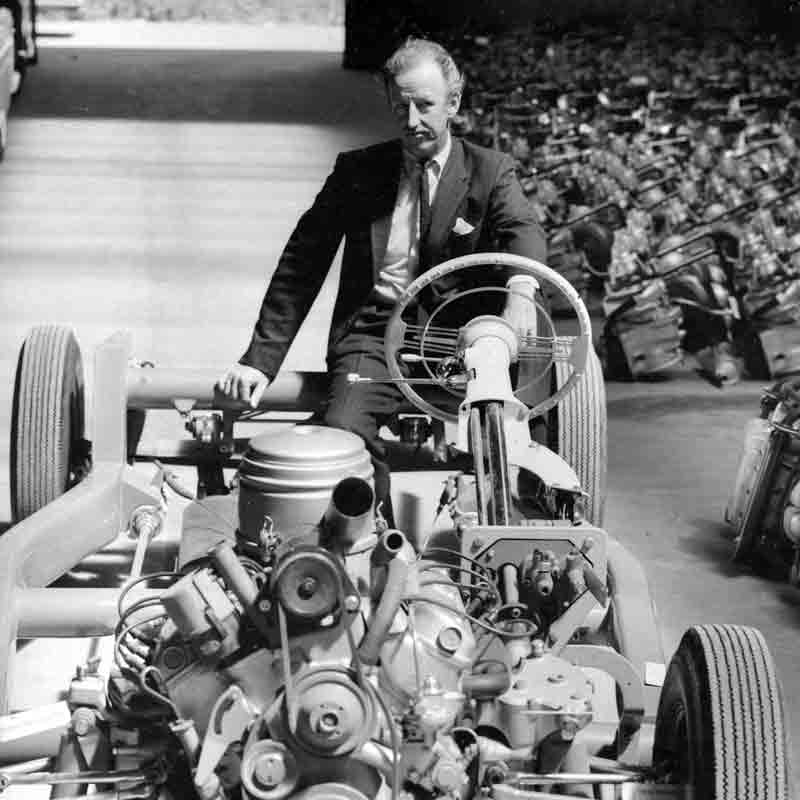 The Count, who had worked for three famous designers by 1953, soon set up his own design business. Through his contact network, he got to know Max Hoffmann, BMW's general importer in America. Hoffmann knew of BMW's plans to build a big sports car and encouraged Goertz to contact BMW in Munich. Goertz sketched an awesome vehicle and quickly won the bid. In less than 18 months, he designed the BMW 507, the car that celebrated its world premiere in the New York in 1955. At the same time Goertz designed an elegant coupe that was also available as a convertible: the BMW 503. This four seater debuted with the BMW 507 at the 1955 Frankfurt Motor Show, where both automobiles caused a sensation. During the 1950s, car designers on both sides of the Atlantic had produced some of the all-time greats of automotive styling, none of them more classically beautiful than the sublime BMW 507. Even today, the BMW 503 and the BMW 507 are considered absolute dream cars. Sporty, elegant and cultivated, they represent the core attributes of a BMW car. 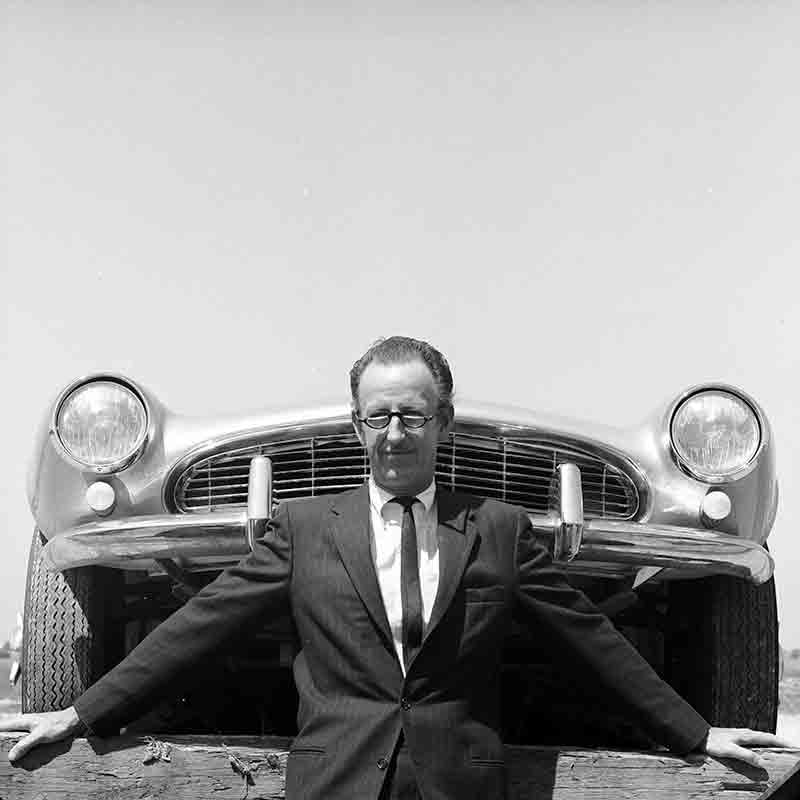 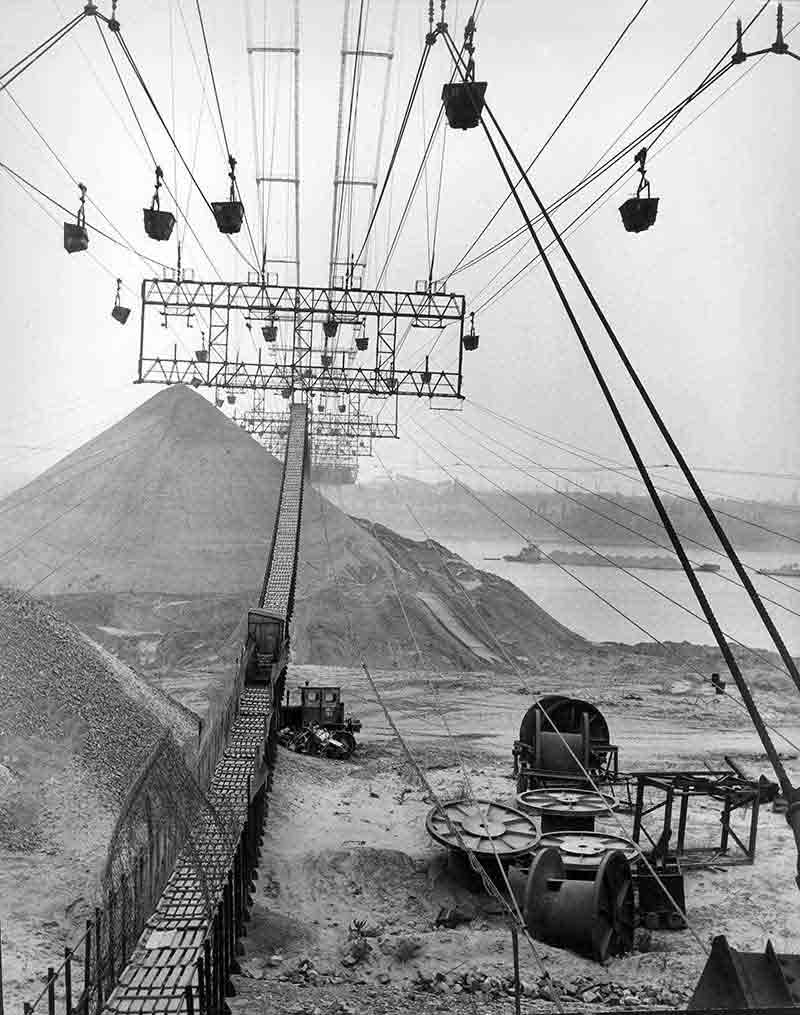 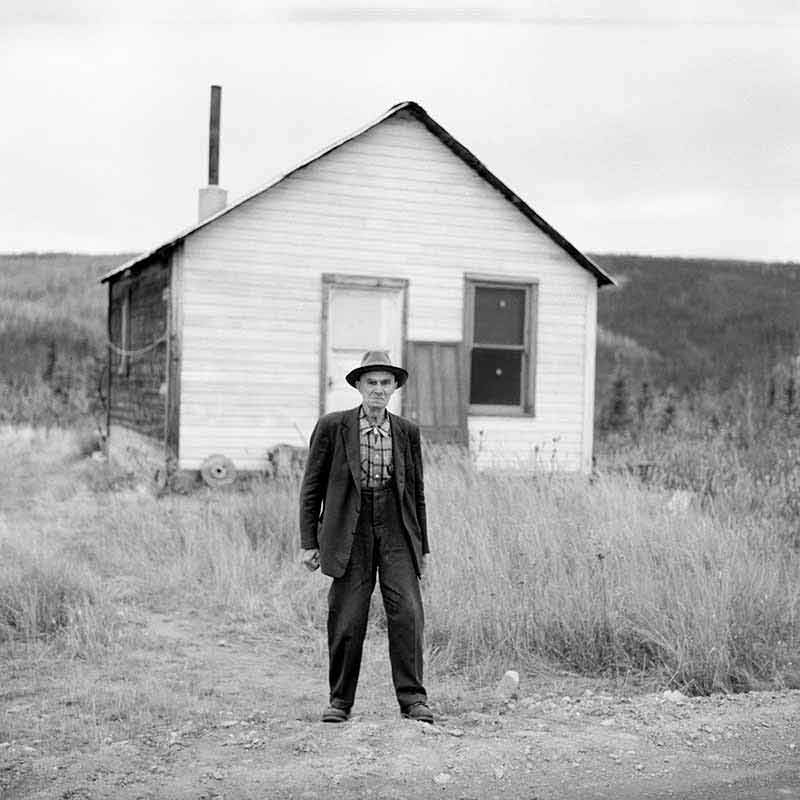 The Bock-Schroeder Foundation produces modern/estate prints from the original negatives. These analog barytha hand prints, which are numbered and limited (Edition 8 prints per negative), are stamped on the back with Peter Bock-Schroeder's original copyright stamp, and the Peter Bock-Schroeder Estate stamp. For authenticity reasons, all prints are signed by Jans Bock Schroeder with the print date and edition number. 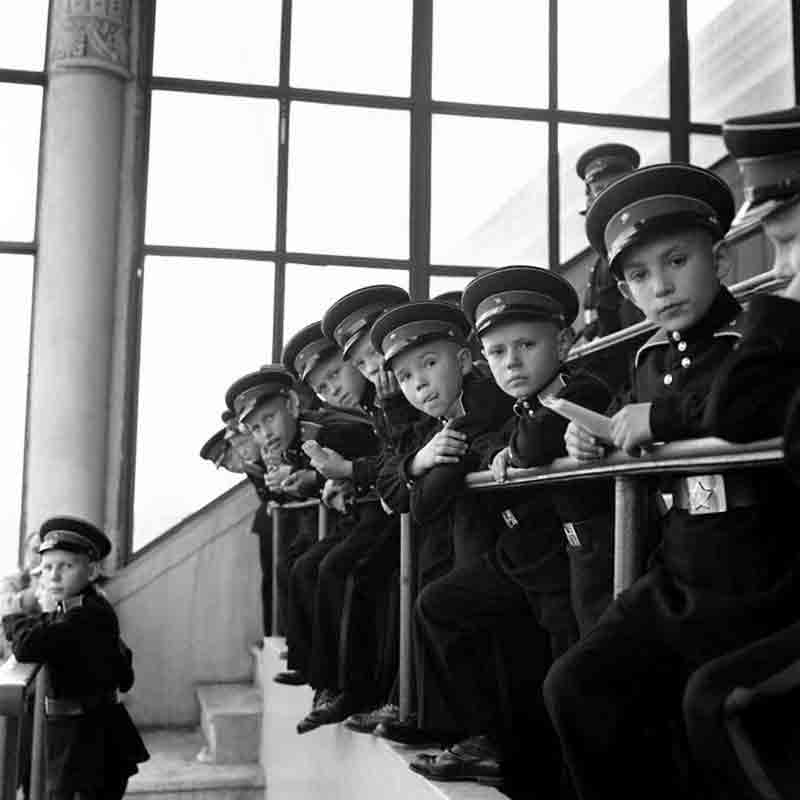 Vintage Prints and Modern Prints from the Bock-Schroeder Foundation can be ordered solely in writing, by telephone or by appointment. 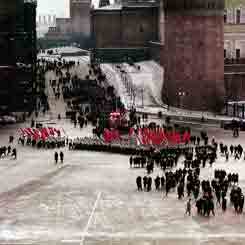 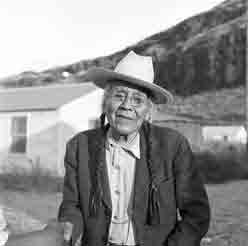