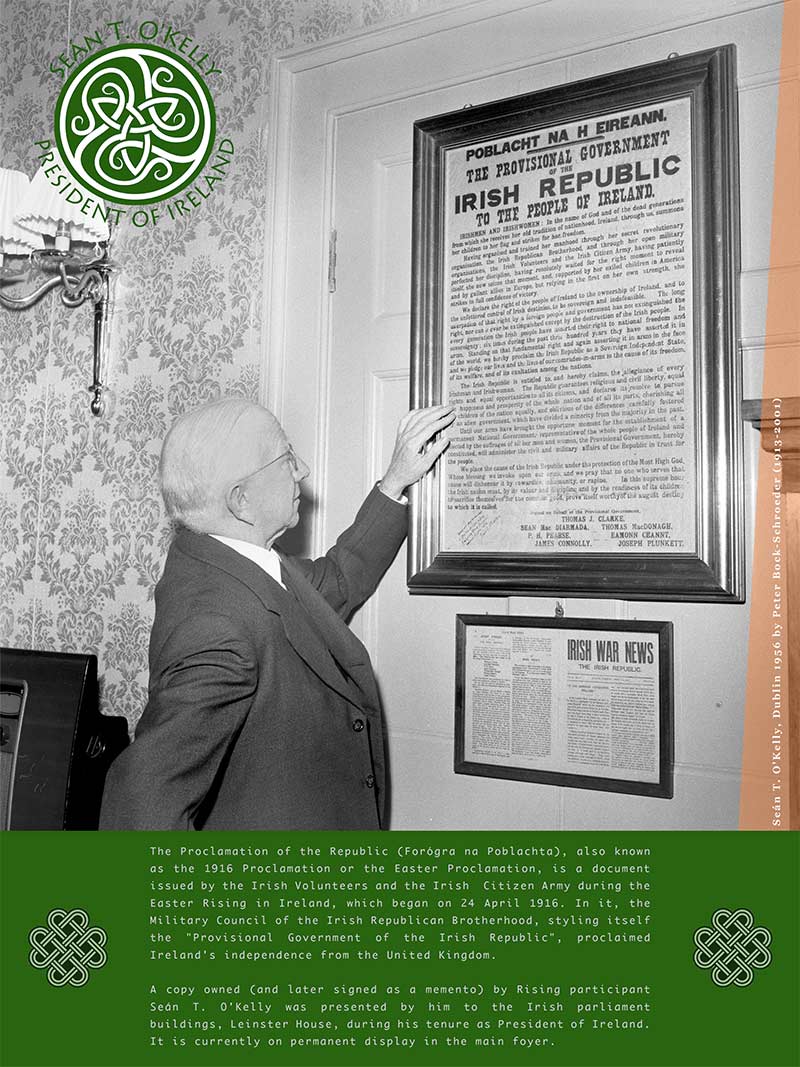 President Kelly with the Easter Proclamation of the Republic, Dublin 1956

The reading of the proclamation by Patrick Pearse outside the General Post Office (GPO) on Sackville Street (now called O'Connell Street), Dublin's main thoroughfare, marked the beginning of the Rising. The proclamation was modelled on a similar independence proclamation issued during the 1803 rebellion by Robert Emmet.

Full copies of the Easter Proclamation are now treated as a revered Irish national icon. The copy (shown in this photograph) was owned and later signed as a memento, by Rising participant Seán T. O'Kelly. He presented it as a gift to the Irish parliament during his tenure as President of Ireland. It is currently on permanent display in the main foyer.