Rommel knew that a major attack was inevitable 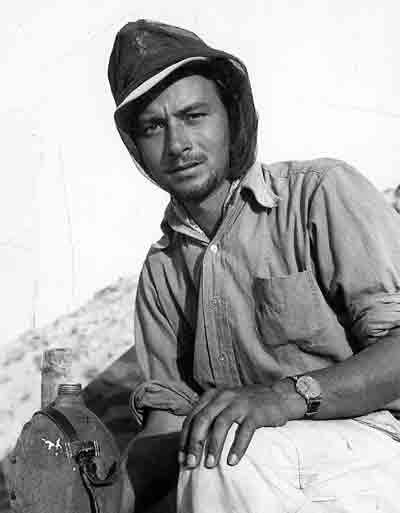 A German newspaperman, in Portland on assignment in Alaska and Canada, reacted on a Reuters dispatch in The Oregonian from Frankfurt today. It was a story reporting that German magazines and newspapers are reviving the "myths of the Nazi regime" and it particularly charged that his pictorial magazine, Revue, with a circulation of 573,000, was leading the parade.

The story that set off the Reuters dispatch was one of the life of Hitler which Bock-Schroeder declared was an anti-Nazi article, coldly setting out to give the facts and explode the myths of the Hitler regime. After the war no one in Germany wanted to hear any more about Hitler. "He was not only dead physically but his legend had been killed,"

The revival of the myths which was started by the representatives of the foreign press was later taken up by some of the German papers. To meet this, the Revue undertook a deflation of the Nazi myths. Bock-Schroeder declared the representatives of the foreign press could always be counted on to come up with a story on "Hitler alive in submarine" or "Eva and Hitler seen in Spain”, when they had no atom bomb sensation or Barbara Hutton romance.

"Revue is I believe particularly justified in bringing this series, for one of its publishers was for many years imprisoned in a concentration camp as an Anti Nazi. These people have the right to publish the truth about an era which they know only too well from experience." The article itself bears strong resemblance to Konrad Heiden's Book "Hitler", published in several languages in 1934, although the Revue has brought it up to date and it is much more anti Hitler"

“I see nothing heroic about the photos of Hitler but in my opinion a heroic photo of Hitler does not exist." Peter Bock-Schroeder said he had hoped at the end of the war never to hear of Hitler again, but he felt "more good than harm can be done by putting into black and white today the factual story of Hitler's regime as a warning not only to Germans but to the whole world."- Fred G. Taylor, 1952 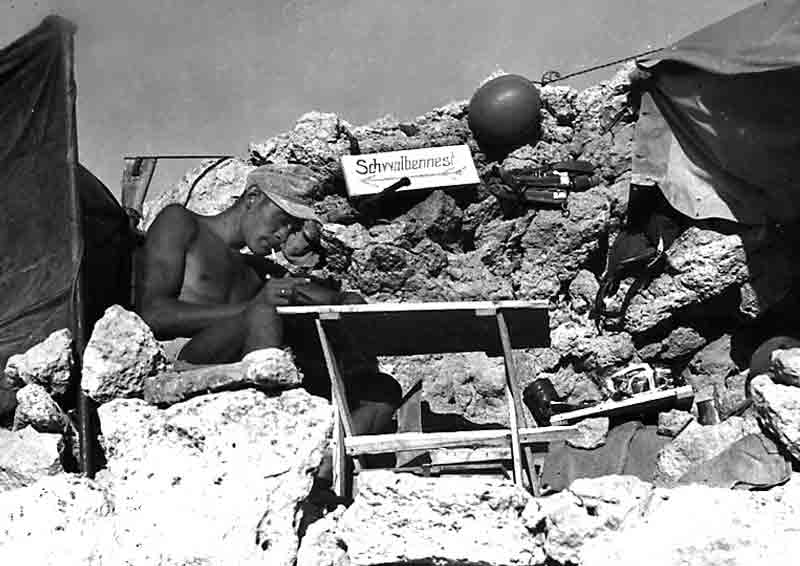 Although General Claude Auchinleck had stopped Rommel in his tracks during the First Battle of El Alamein in early July 1942, Churchill was becoming increasingly impatient with progress in the Western Desert. In early August that year, he arrived in Cairo and handed over command to General Bernard Montgomery. 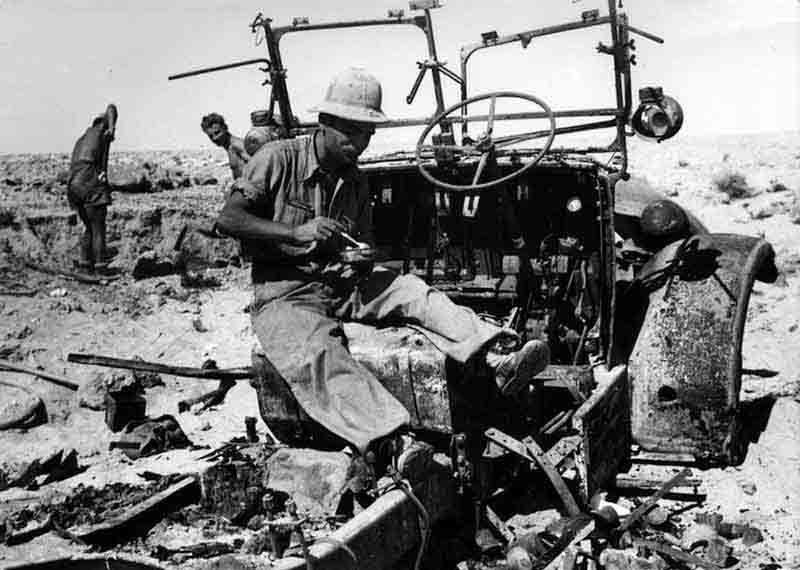 Montgomery restructured the 8th Army, bringing in new divisions and generals and lifting the army's morale with his bold fighting talk - declaring among other things that he would 'hit Rommel for six out of Africa'. He also improved relations between the army and the Desert Air Force, ensuring a more unified attack plan. 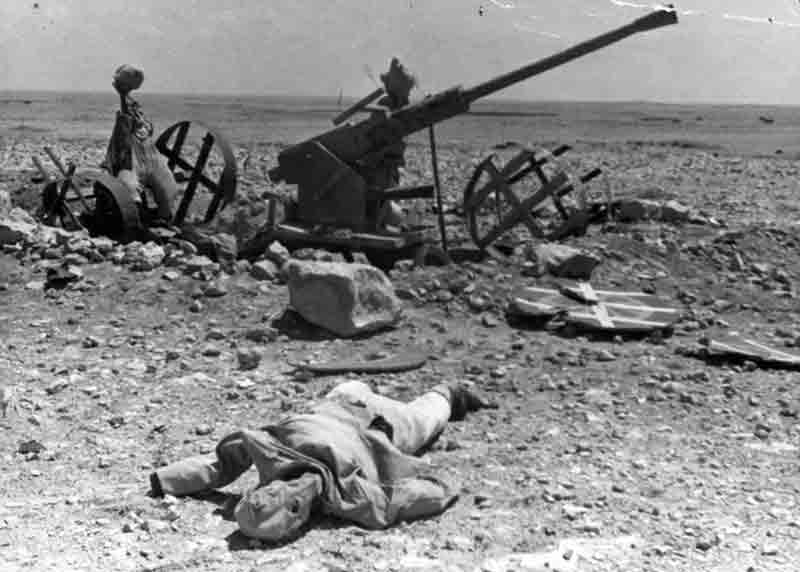 Rommel attempted an attack between 30 August and 7 September (the battle of Alam Halfa), but the 8th Army held its ground, largely due to the excellent cooperation between the army and the air force. Montgomery did not make a counter-attack - he knew that reinforcements were on their way and he was biding his time. 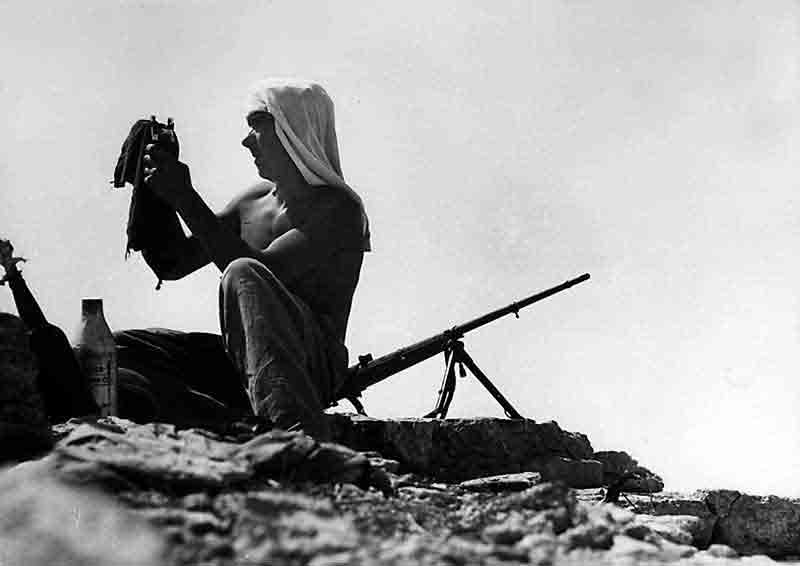 Rommel knew that a major attack was inevitable, and did his best to prepare for it. He was a master of mobile warfare, but he had to change his preferred tactics due to a lack of fuel and transport. He chose to shelter his force behind a deep and complex minefield - dubbed 'the Devil's Gardens' by the Germans - backed by strong anti-tank gun positions. 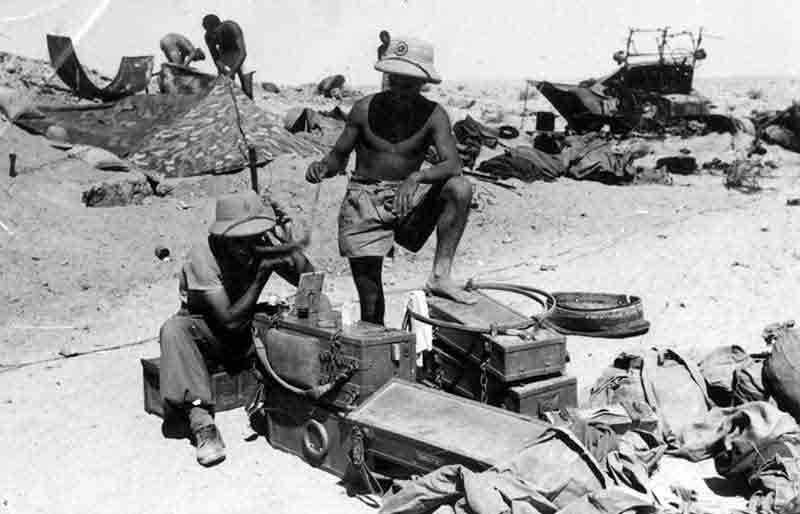 But things were not going well on the German side. Rommel was plagued by illness and departed for hospital in Germany on 23 September, leaving General Georg von Stumme in command of a depleted Panzerarmee. 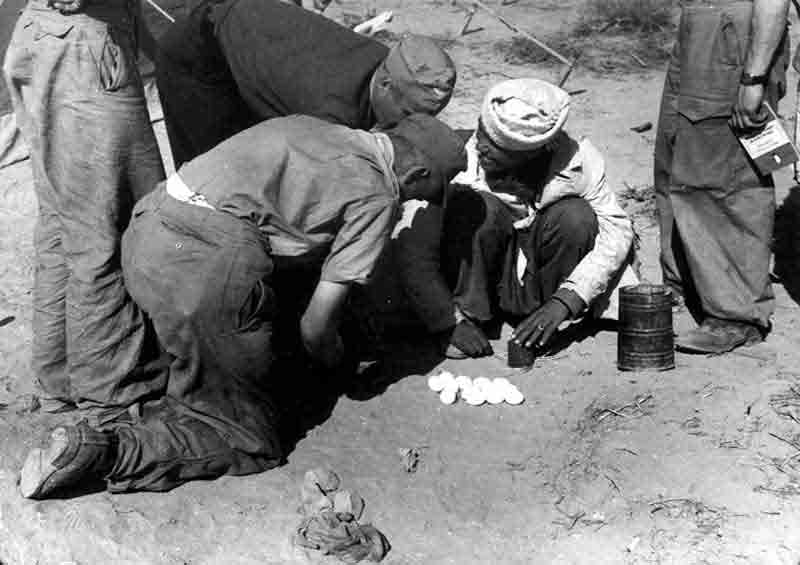 The bombardment started on the night of 23 October, but crumbling the German defences proved more difficult than expected. There was heavy fighting and the 8th Army slowly ground its way forward. On 25 October, Rommel returned from Germany to take command, after Von Stumme died of a heart attack during battle.

On the night of 1 November, Montgomery launched the second phase of his attack, Operation Supercharge, which was designed to break through the last part of the German defences. The infantry units cleared the way for the armoured divisions, and Rommel, his army depleted and his petrol almost finished, decided the battle was lost. 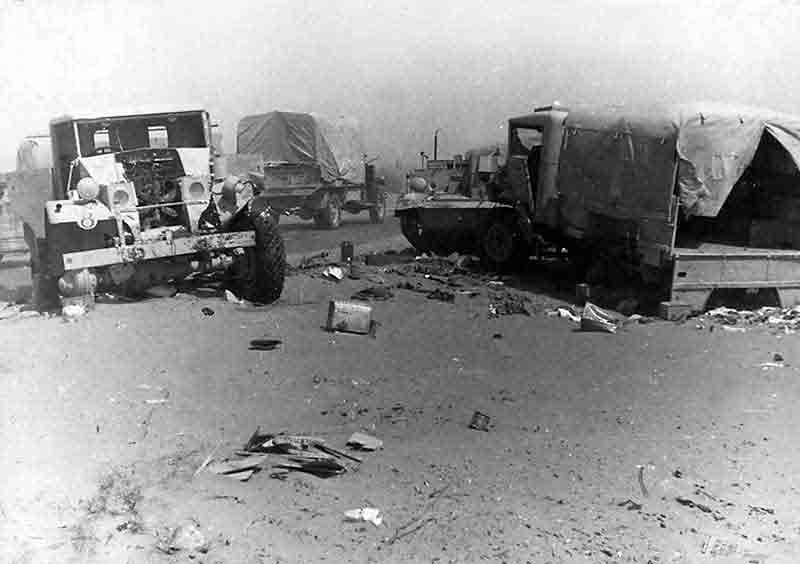